While researching for my novel, I keep on discovering amazing photos of the river. This collection is from the forgotten captain and photographer Johann Eilingsfeld and was created from 1915 till 1929.

Eilingsfeld was born in 1877 in Mözs. He worked on the steamboats and private ships all his life, starting the career in 1905 as a sailor, finally reaching the highest rank of the first captain in 1912.

He spoke German, Hungarian, Romanian, Serbian and Bulgarian languages. For his transport services on the army ships in the World War I he was awarded several medals.

His favorite steamer was Helios of the famous shipping company Donaudampfschiffahrtsgesellschaft (DDSG), which means Danube Steamboat Shipping Company, founded in 1829 by the Austrian government.

The captain photographed mostly from the wheel room and the sundeck: travelers, colleagues, riverbanks, cities, even sunken ships. His camera recorded the Danube scenes from the battlefields of the WWI to the landscapes of the delta, including numerous locations that have been abandoned, closed down, or just forgotten.

He got married twice, most probably not very happily. He had no children and died in 1967 in Dunaszekcső near Mohács.

Unfortunately, hardly any of Eilingsfeld’s works are on public display. No retrospective has been organized, no book published. Outside a tiny circle of Danube fans, nobody knows his name.

With the issues of “rediscovery” of the river and the cultural identity of the Danube countries, his body of work cries out for recognition as the extraordinary artistic document, a record of the souls of yesteryear and a chronicle of Europe’s past.

As many Danube riverbanks are being renovated, soon the haunted beauty captured in many of these photographs will vanish forever.

Small part of Eilingsfeld’s photographs can be seen in the Janus Pannonius Museum of the Baranya County in Hungary. 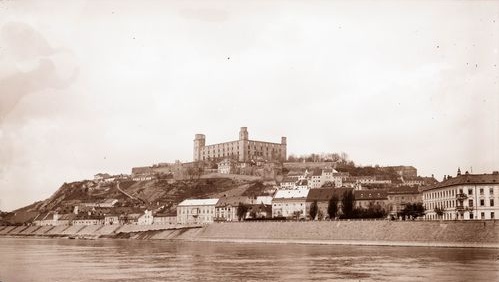